5 Reasons to Move to Ottawa 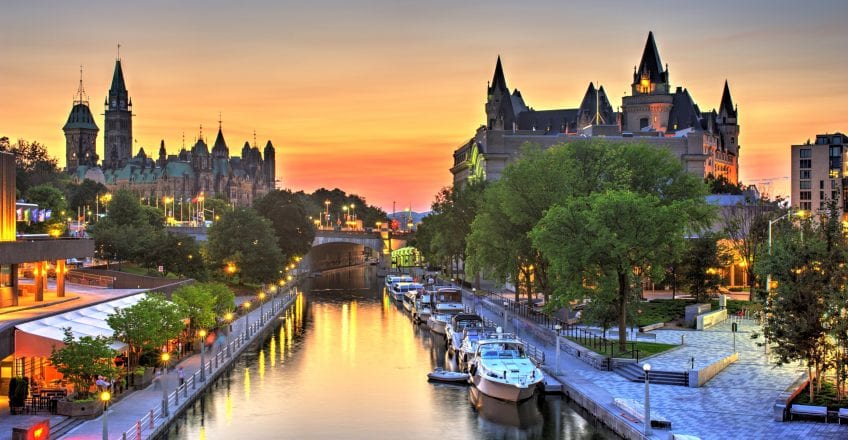 5 Reasons to Move to Ottawa

Ottawa has been called the city that fun forgot, and judged too harshly because we don’t have the busy nightlife of Toronto, or the fashion scene that Montreal boasts, and they call us a “government town”. But, if you’re looking for a new city to settle down in, grow some roots, get going with your career, enjoy nature in a safe environment while raising your family, then you’ll quickly discover that Ottawa has something for everyone.

Check out five reasons why we believe that Ottawa is a truly fantastic place to live, work and play:

Ottawa has a population just under one million, which takes into account all the suburban areas of the National Capital region, including Kanata, Barrhaven, Orleans, Gatineau, etc. The area is large, covering a region of 4700 KM2 which straddles the Ottawa River, that also serves as a boundary between Ontario and Quebec. A relatively small population spread out over a large geographic region means that space is abundant, residential lot sizes are generally larger than in other cities, and there’s a lot of public space.

If you value the outdoors and love to be in nature, then arguably, no other city in Canada offers access to parks, rivers, canals, and lakes, both in and surrounding the city. With Gatineau Park, a National Capital Commission Administered park just fifteen minutes from downtown Ottawa, we have 361 square kilometers of green space to hike, bike, ski, canoe, camp, kayak and play in.

Being a government city and having a thriving tech sector means that there are a lot of business and opportunities in the region. A large percentage of residents have moved to the National Capital from other parts of the country, and it’s perhaps because of this, that Ottawa has been labelled a friendly city. We’re proud to be a place where people are generally approachable and friendly, and there can definitely be a smaller-town, community vibe in some of the city’s neighbourhoods – think Aylmer, the Glebe, Westboro, Barrhaven and more!

Compared to other Canadian cities, like Toronto, Vancouver, or Montreal, Ottawa has a lower crime rate per capita. That means it’s a great place to raise a family with peace of mind, knowing that your loved ones will be safe.

If fun is what you crave, then Ottawa has lots of it! The city boasts many world-class museums, including the Canadian War Museum, the Canadian Science and Technology Museum, the National Art Gallery, and the National Arts Centre – a Canadian centre for the performing arts, to name just a few. And then, all throughout the year there are literally hundreds of concerts, special events, and festivals.

No doubt Ottawa has wonderful aspects for everyone to enjoy! If you’ve decided to move to Ottawa, or perhaps move within the city, reach out, we can help.